Time to detrumpify the media 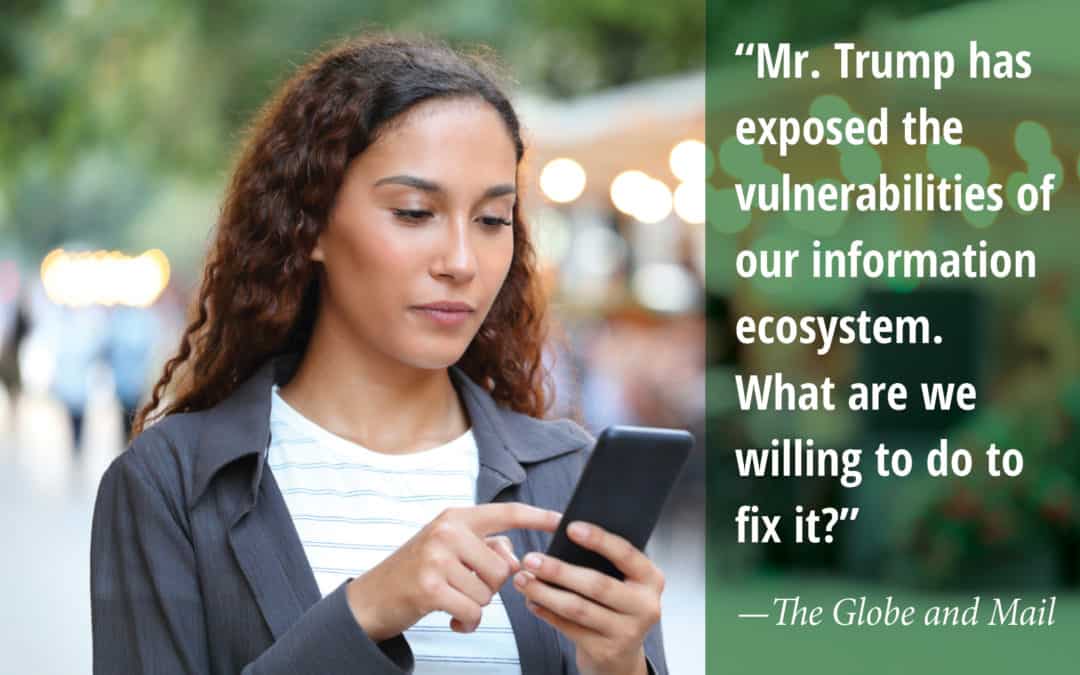 The antics of the outgoing US president have raised profound questions about the role of mass and social media in society today.

How do public interest media – the kind that publish information and points of view on important issues that affect policies, lives, and livelihoods – stay independent?

How neutral should public interest journalism be in the face of blatant manipulation, misinformation, and lies?

How accountable should social media be for misleading or provocative content?

As Michael Goldfarb points out in “Trump was no accident. And the America that made him is still with us” (The Guardian, 8 November 2020), “Media is the second stream that helped create the Trump presidency. The ‘siloing’ of American society has long been noted but just how incomprehensible people had become to one another after a quarter of a century and more of being in such different media environments overwhelmed the anti-Trump side.”

The detrumpification of both legacy and social media is imperative if American society is to rebuild itself along the lines envisaged by President-elect Biden.

Part of the problem lies in newsroom practices. In “A Reckoning Over Objectivity, Led by Black Journalists” (The New York Times, 23 June 2020, Wesley Lowery writes, “Neutral ‘objective journalism’ is constructed atop a pyramid of subjective decision-making: which stories to cover, how intensely to cover those stories, which sources to seek out and include, which pieces of information are highlighted and which are downplayed. No journalistic process is objective. And no individual journalist is objective, because no human being is.”

It’s a fair point, except for the long-held expectation that journalism worth its salt will be honest, balanced, and transparent. Over many years, and not just in the USA, that notion has been trashed over issues such as war, racial justice, migration, and the climate crisis.

Simon Houpt in “The rise of Trump fact-checks exposes the media’s built-in vulnerability to misinformation” (The Globe and Mail, 11 November 2020) observes, “Mr. Trump has exposed the vulnerabilities of our information ecosystem. What are we willing to do to fix it?”

It’s a great question! Who will make it happen?