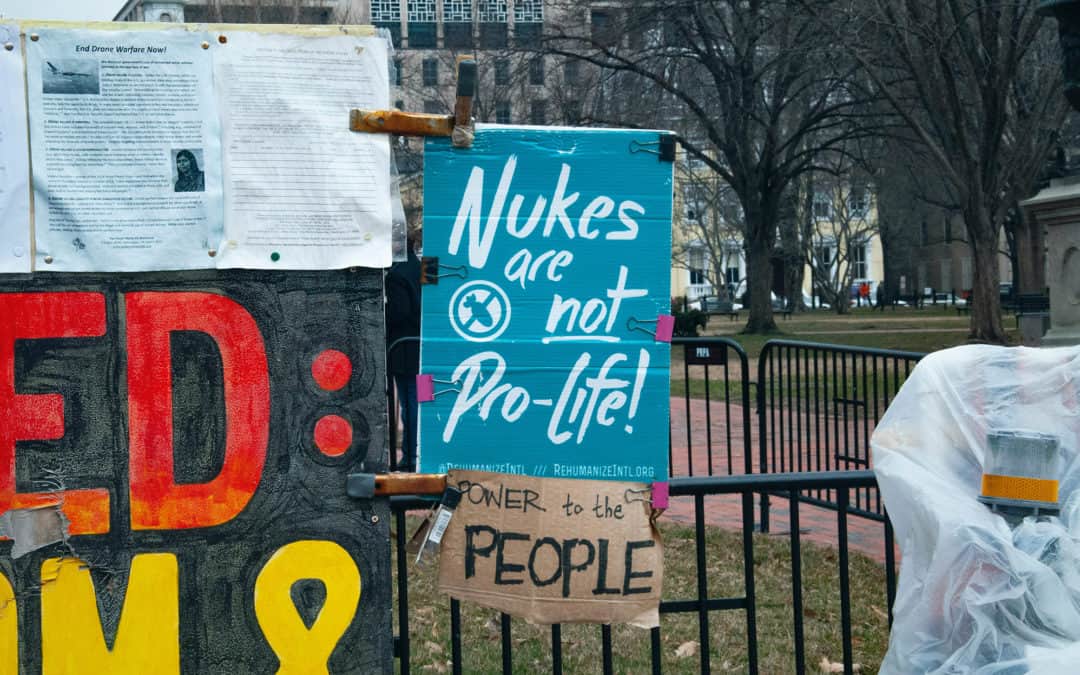 At a time when the world is rightly focused on the coronavirus pandemic and its long-term consequences, under-reported news includes how far down the road we are (or not) toward the abolition of nuclear weapons.

The report “Enough is Enough: Global Nuclear Weapons Spending in 2020” just published by the International Campaign to Abolish Nuclear Weapons (ICAN) says that last year the nine nuclear-armed states (China, France, India, Israel, North Korea, Pakistan, Russia, the United Kingdom, and the USA) spent an estimated $14 billion more on their arsenals than they did in 2018. Collectively, they spent some $73 billion and expenditure is projected to grow over the next decade as these countries continue to develop and build new nuclear weapons systems.

“Due to lack of reliable and consistent information, these estimates do not include the costs to remediate the environment contaminated by nuclear weapons or to compensate victims of nuclear weapon use and testing, although these are also important markers of the added financial and human cost of nuclear weapons”, says the report.

On 7 July 2017 – following a decade of advocacy by ICAN and its partners – an overwhelming majority of the world’s nations adopted a landmark global agreement to ban nuclear weapons, known officially as the Treaty on the Prohibition of Nuclear Weapons (TPNW). It will enter into force once 50 countries ratify or accede to it. So far only 37 have done so.

Since its founding, ICAN has worked to build a powerful global groundswell of public support for the abolition of nuclear weapons. By engaging a diverse range of groups and working alongside the Red Cross and like-minded governments, it has helped reshape the debate on nuclear weapons and generate momentum towards elimination.

A key element in involving civil society is social media and here non-governmental organizations concerned to find peaceful solutions to the world’s conflicts can play a key role.

They can harness the power of digital platforms to foster public dialogue, to ask questions about a country’s progress towards ratification, and to advocate freedom from fear.

Photo above: Maria Oswalt on Unsplash