The double-edged sword of digital technology 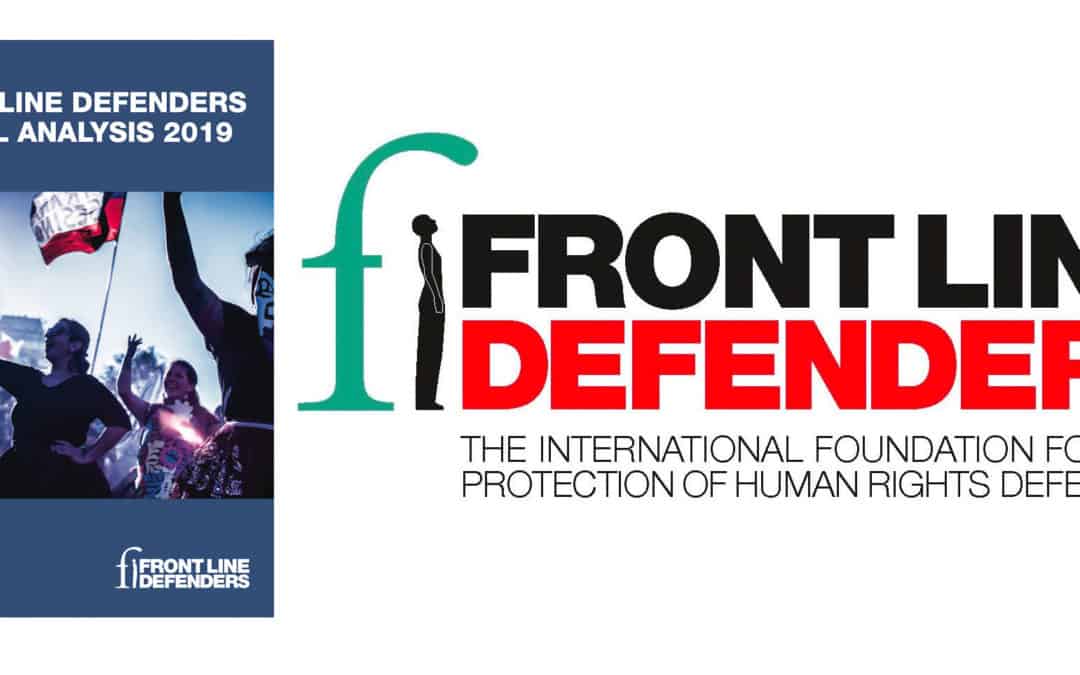 The report notes that, “2019 was characterised by waves of public uprisings of remarkable magnitude in each of the world regions, demanding changes to how people were governed. The role human rights defenders (HRDs) played in these protests ranged from organising and mobilising to monitoring and documenting human rights violations, and to assisting those who were injured or arrested.”

In 2019, the number of human rights defenders killed working to protect the environment, free speech, LGBTQ rights and indigenous lands numbered 304. The report names them. Two thirds of the killings took place in Latin America, where impunity from prosecution has long been the norm.

In 2019 in Colombia, targeted violence against community leaders opposing environmentally destructive mega-projects led to 103 murders. The Philippines was the second deadliest country with 43 killings, followed by Honduras, Brazil, and Mexico.

The report details some of the digital security risks facing human rights defenders (HRDs), who faced defamation, trolling and harassment campaigns, and unauthorised access to social media accounts, information from which was then used to jeopardize the reputations and safety of defenders.

Authorities also led coordinated campaigns of complaint to social media companies which targeted HRDs’ accounts in order to get them suspended or shut down, and thereby limit their reach and possibly lose their follower bases.

In addition, “Internet shutdown, restricting access or blocking certain communication tools such as social media and instant messaging during protests, social upheavals or crises were commonplace in 2019. This impacted the work and security of HRDs in numerous ways; most obviously, with a communications blackout it was far more difficult for HRDs to report on human rights violations, communicate securely, organise and mobilise themselves.”

The report cites evidence that governments are colluding with private companies that manufacture spyware in order to target human rights activists, noting that “it is jarring that so little is being done to prevent the export of this surveillance and spying technology to repressive regimes.”

Digital technology has its upside and its downside. Human rights defenders are made vulnerable by its use, yet depend on it to record and publicise violations. It’s a double-edged sword.