Communicating with tenacity and courage 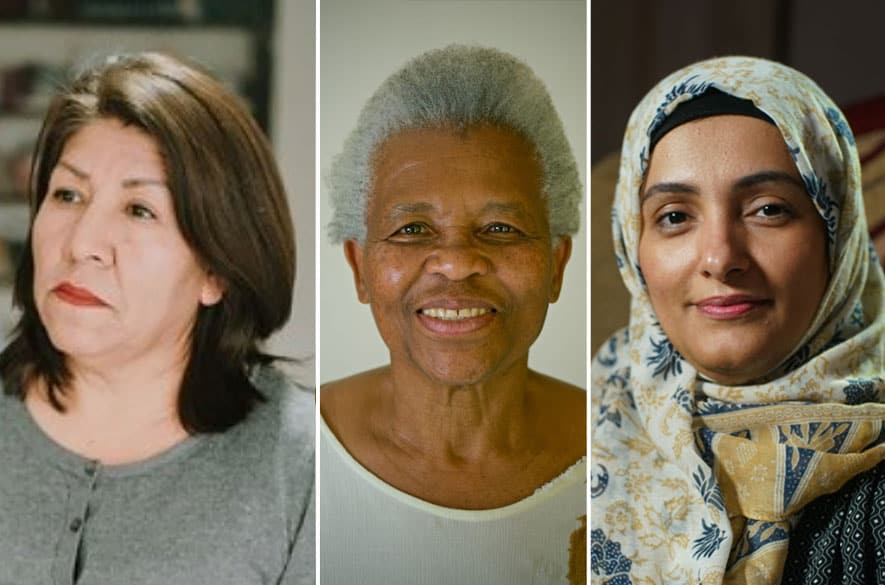 How wonderful that three women have been nominated for the prestigious Martin Ennals Award – the first time the jury has named three women for this top human rights prize.

Unofficially known as the “Nobel Prize for human rights”, the Martin Ennals Award was created in 1993 to honour and defend human rights activists around the world. The winner will be announced on 19 February 2020.

According to UN Women there are more than nine feminicide-related murders every day in Mexico. Feminicide is the killing of a woman because she is a woman, while femicide is the equivalent of homicide.

Ledezma is director and one of the founders of Justicia para Nuestras Hijas (Justice for Our Daughters), an organisation that provides legal counsel and support for ongoing cases. She is credited with the creation of the post of Special Prosecutor for Women Victims of Violence in her state.

In a country with one of the highest number of feminicides in Latin America, Ledezma began her fight for justice after her daughter, Paloma, disappeared on her way home from school in the state of Chihuahua, in north-western Mexico.

In post-apartheid South Africa in 1998, Sizani Ngubane and a group of 250 indigenous/rural women and youth launched the Rural Women’s Movement to fight against gender-based violence and to advocate for women’s rights to land, education, property and inheritance.

In 2018, Ngubane accepted the Commission on the Status of Women’s “Woman of Distinction Award” on behalf of RWM’s work with community-based organizations to challenge undemocratic practices and discriminatory laws through campaigns and test cases brought before the South African Court.

Huda Al-Sarari is a lawyer who has worked with several human rights organizations to expose Yemen’s network of secret detention centres operated by foreign governments since 2015. Her fight for transparency began when neighbouring Saudi Arabia intervened in Yemen with a military coalition targeting Iran-backed Houthi rebels, who had taken control of the country’s capital Sanaa. Tens of thousands have died in the conflict.

These three women embody the spirit and values of democratic communication that challenges injustice and brings to the world’s attention the iniquities and inequities of discrimination, racism, and misogyny. All three deserve the Martin Ennals Award for their tenacity and courage.

Photos above: Nominees for the Martin Ennals Award, from left, Norma Ledezma, Sizani Ngubane and Huda Al-Sarari.  —from MartinEnnalsAwards.org