Guaranteeing Internet freedom in a world of conflict 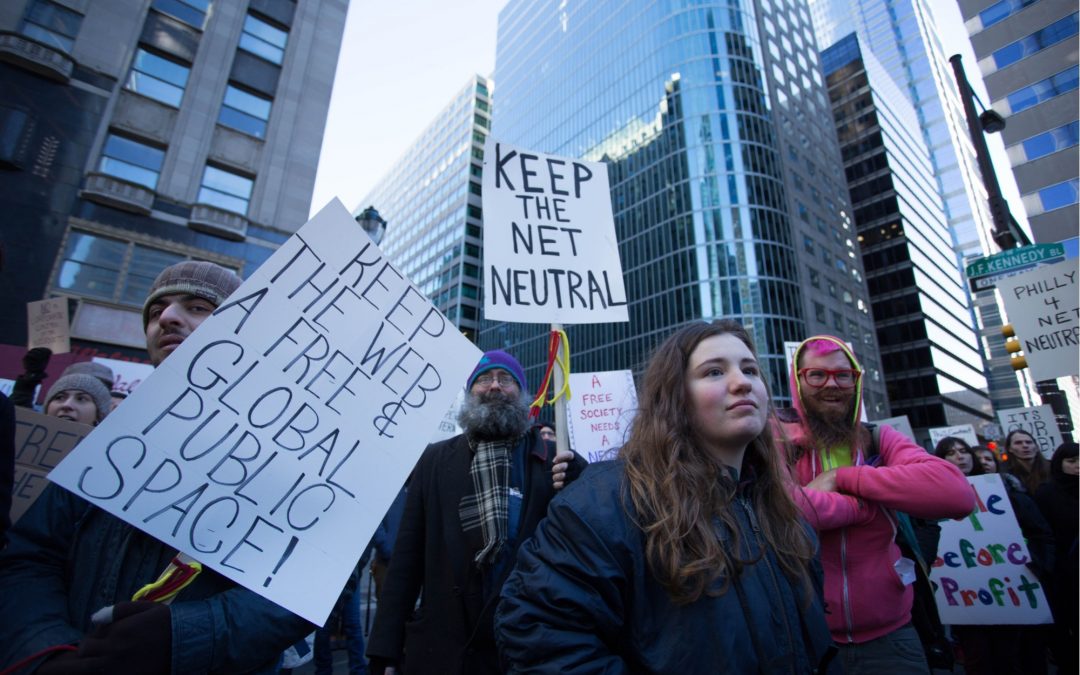 Protestors advocating for net neutrality rally outside the headquarters of the Comcast Corporation in Philadelphia, Jan. 2018. Photo: Michael Candelori/Shutterstock

Everyone knows that in times of war: seize communications. Now it is happening in times of peace.

In 2018, the pro-democracy think tank Freedom House reported that digital freedoms were being lost as governments sought more control over users’ data while using laws nominally intended to address “fake news” in order to suppress dissent. It was the eighth consecutive year in which Freedom House noted a decline in online freedoms around the world.

Now, ARTICLE 19 – which works for a world where all people everywhere can freely express themselves and actively engage in public life without fear of discrimination – and nine other human rights, media and Internet freedom organisations, are calling on Russian President Vladimir Putin not to sign the so-called “Sovereign Internet Bill”.

They believe it will lead to further limitations of already restricted Internet and media freedoms in the country.

The bill amends the laws “On Communications” and “On Information, Information Technologies and Information Protection” with the aim of enabling the Russian Internet to operate independently from the World Wide Web in the event of an emergency or foreign threat.

On 16 April 2019, the Russian State Duma approved the bill in its third reading amid widespread domestic criticism, protests and online campaigning around the country, and on 22 April, the Federation Council, the upper house of the Russian parliament, approved it.

If signed by President Vladimir Putin, the bill will enter into force on 1 November 2019.

The bill creates a system that gives the authorities the capacity to block access to parts of the Internet in Russia, potentially ranging from cutting access to particular Internet Service Providers (ISPs) through to cutting all access to the Internet throughout Russia. Cross-border Internet traffic would also be kept under close state control.

Today, the web effectively lies in the hands of just a few, online abuse is on the rise, and content is increasingly susceptible to manipulation. Over 1.2 billion internet users live in countries where net neutrality is not protected, and more than 1.5 billion people live in countries with no comprehensive law on personal data protection.

Now, in Russia, the Internet itself is about to be hijacked.

Ensuring that worldwide the Internet remains both open and accessible is vital to democratic engagement, equal participation in society and the economy, and to promoting genuine accountability.